What are the best air purifiers for smoke? The most frustrating aspect of living in an apartment, condominium or in a small area is the lack of proper ventilation. Not only does it affect your comfort and convenience but it also makes it difficult to let fresh air in and unpleasant odor out. Many people living in these limited areas have resorted to buying air purifiers. How to get rid of smoke is one of the most frequently asked questions – the easiest way often is simply buying an air purifier for smoke. 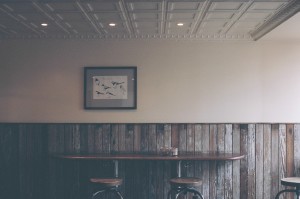 Air purifiers with activated carbon are ideal for removing smoke and related smells from the air. Activated carbon is made by treating charcoal with oxygen to render it extremely porous, allowing it to absorb smoke and other odors from the air. This creates many tiny pores within the carbon atoms, and allows the activated charcoal to capture all kinds of impurities that pass through it.

First, note that smoke is one of the most difficult air particles to get rid of. Many air purifiers claim to get rid of smoke, but they are actually not very effective at doing so. As a result, start with the recommended list below and look out for the following when buying an air purifier for smoke odor removal.

Finally, to help you in your search, here are the five best air purifiers for smoke we have come across.

For most households, all you need is the trusty Alen Breathesmart for smoke removal. This air purifier decomposes smoke particles effectively and has a CADR rating for smoke of 276. I have a chronic smoker living in the apartment next to me and I suffered from second hand smoke for several years until I finally got the Alen Breathesmart. Now, my apartment does not smell of weed, tobacco or cigar smoke at anymore.

If you need an industry heavyweight for heavy duty tobacco or cigarette smoke smell removal (if you operate a cigar lounge or smoking room, for example), consider getting the IQAir New Edition GC MultiGas air purifier. 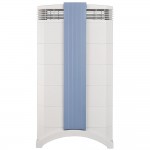 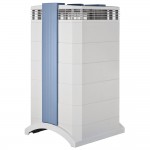 This is named as one of the best air purifiers for smoke and other gaseous chemicals. The product is designed with four-cartridge filters filled with high-grade carbon. It efficiently removes 99.5% of all unpleasant odors and smokes and even allergens and pollutants down to 0.003 microns in size. This product does not merely remove odors and smokes but this is also an ideal product for those with asthma and allergies. 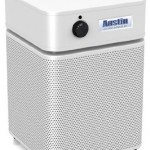 Looking to for an air purifier to remove weed smoke smell? The Austin Air Allergy Machine is designed with HEPA filters making it a perfect air purifier to eliminate gaseous chemicals, smokes, fumes and odors. It has a coverage area of 700 square feet and removes 99.97% of particles and odors in the air, leaving you always with fresh-smelling and clean air. Its medically-graded HEPA filters help in thoroughly removing all particles and odors. This product is not only for those with sensitive noses but it also works perfectly for people with respiratory conditions such as asthmas and allergies.

The Airpura T600 Tobacco Smoke air purifier detects and removes 4000 gaseous chemicals, tars and smokes from tobaccos and cigarettes. It is even labeled as a top smoke remover based on good reviews and feedbacks about the product. Its filters are filled with 26 pounds of carbon and can cover spaces up to 2000 square feet in area. For people who love to smoke, this product is the perfect one because it is equipped with a tar barrier filter.

#5 Best Air Purifier for Smoke For Those on a Budget

Need an air purifier for smoke but on a budget? The best budget air purifier for smoke is: Honeywell Quietcare 17000 Air Purifier Review. This air purifier is inexpensive but still has the ability to remove smoke, with CADR ratings of 130. It is meant for room sizes up to 168 square feet, so could work well for you if all you need is to remove smoke in a small room. The Honeywell 17000 contains an activated carbon pre-filter that effectively removes smoke and related odors.

People who are sensitive when it comes to smoke, odors and even fragrances should strongly consider the above air purifiers with smoke removal capabilities. Most air purifiers work as both particle and allergen removers for asthma and allergy sufferers and odor eliminators for cigarette and tobacco smoker. But for those with no respiratory conditions, you can find air purifiers that only eliminate odors and smokes. Some of them still leave gases and fumes behind but the odors and smells are totally gone. The best air purifiers for smoke are equipped with carbon-filled filters usually from high-graded bituminous coals to efficiently remove any odors.